Mitchell-Brunt Films was set up in 2011 by Dominic Brunt and Joanne Mitchell. An idea for a film was formed from a friendly argument between the two and the movie Before Dawn was written, made and distributed. Since then the company has gone from strength to strength adding two more features to their credits. ‘Bait’ (aka the Taking) is their second feature and again has been critically acclaimed with distribution by Metrodome International, then 101Films. It is now on DVD, iTunes, Amazon after a successful run on Netflix and Hulu, with distribution to many countries around the world. ‘Attack of the Adult Babies’ started it’s festival run with a premiere at London’s Frightfest. It continued to screen at festivals all around the world with distribution from AMP International, Nucleus Films and Troma in the USA. Dennis McIntosh: Pyschic to the Stars, will be their fourth feature and is now in development.

They have written, produced and directed a number of short films including : Shellshocked, The Mighty Witch Killers of Pendle Hill, Sybil, and The Outing. 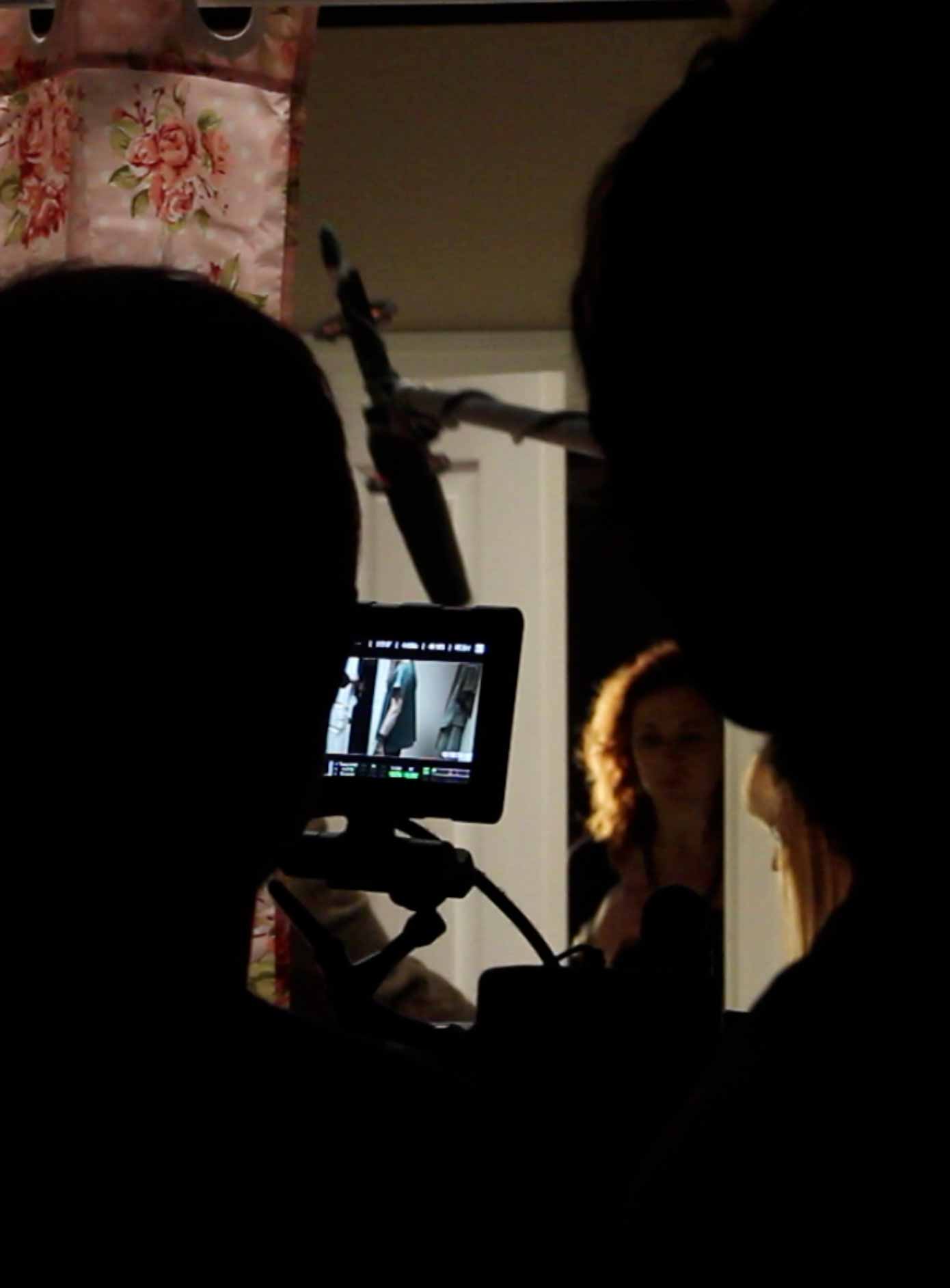 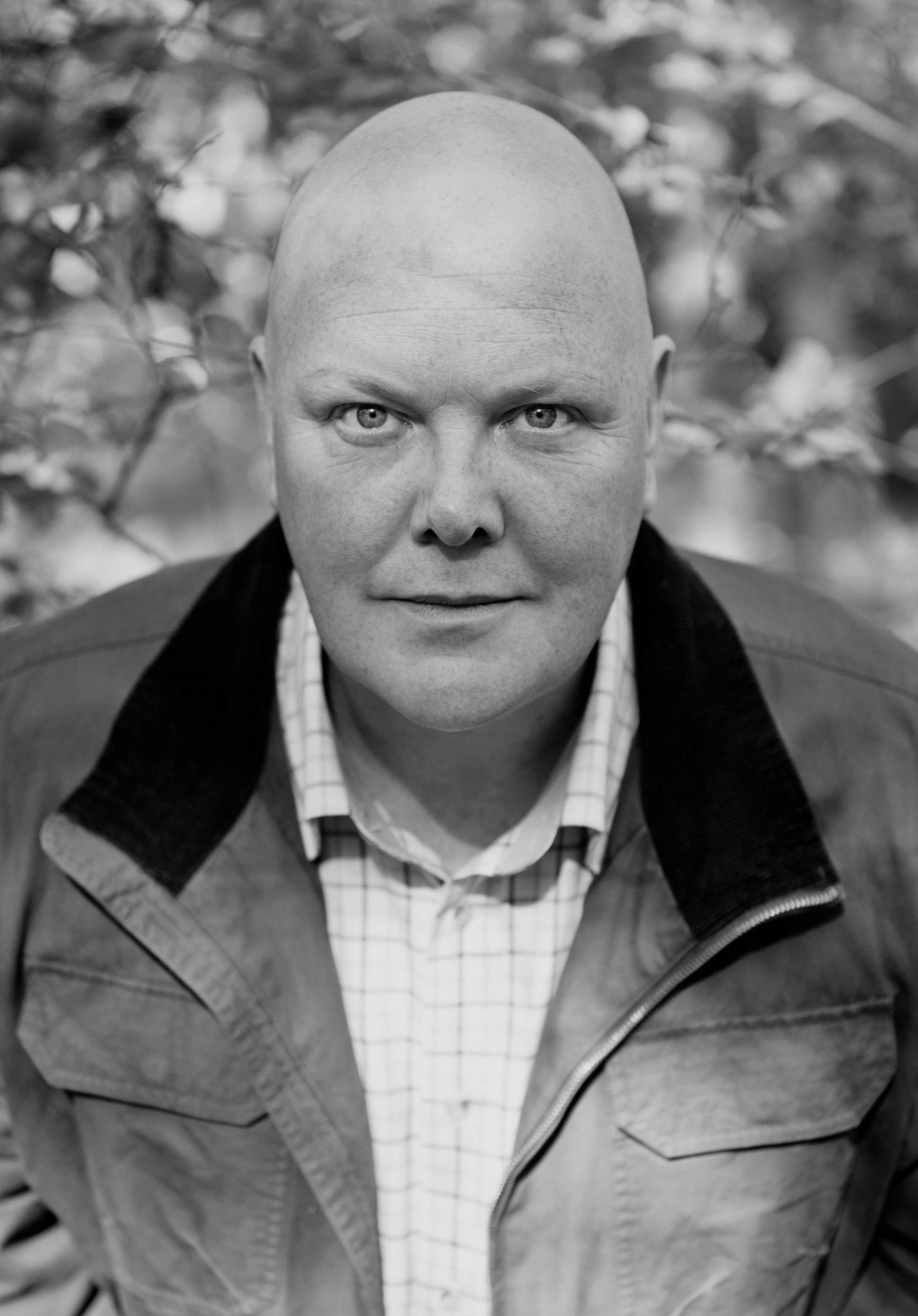 Dominic Brunt was born in Macclesfield in 1970.
He left school to become a sheet metal worker / welder before training to become an actor at The Bristol Old Vic Theatre School.
Appearing in short films Skin and “28” plus many TV drama’s including Soldier Soldier, Holding on and Comedies including 2.4 Children and The Paul Merton Show.
Dominic joined the Emmerdale cast in 1997 and has been a loyal regular since.
He has more recently appeared in the infamous British horror film Inbred.
As well as his work for Emmerdale Dominic has successfully run Mitchell-Brunt Films along with his wife Joanne. 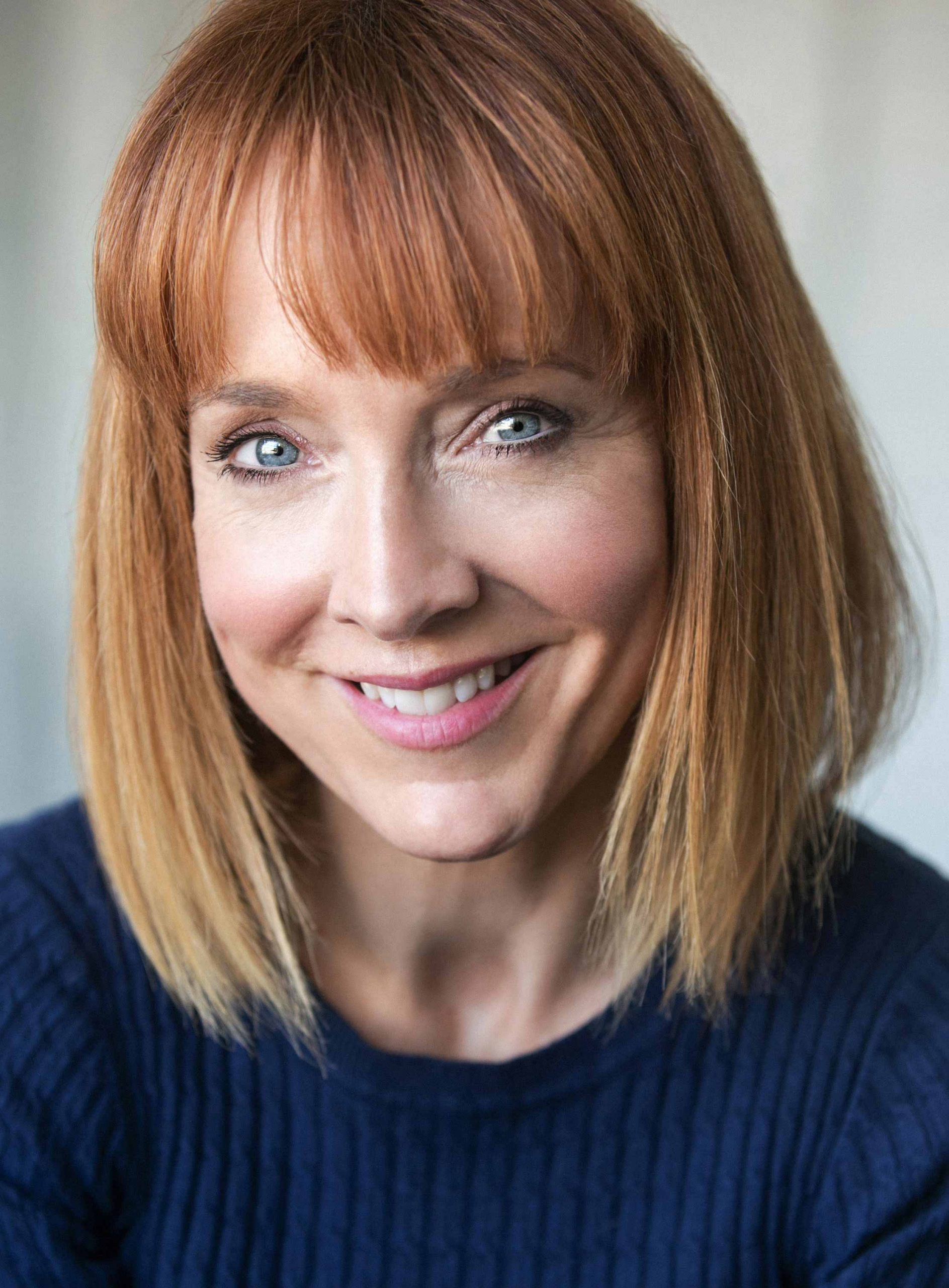 Joanne attended The Bristol Old Vic Theatre School where she trained as an actress. Since leaving she has had a full and varied career in the Theatre, TV, Radio, Voiceovers, Film and now writing and producing. She set up Mitchell-Brunt films with her husband Dominic Brunt and they have since had critical success with their first feature Before Dawn and their second feature, ‘Bait’.

Their third movie, Attack of The Adult Babies, was released in 2017, and their fourth feature, ‘Dennis McIntosh: Pyschic to the Stars’ is currently in development.

Joanne has directed two short films : Sybil (currently on Alter platform) and The Outing which is about to start its festival release this year. 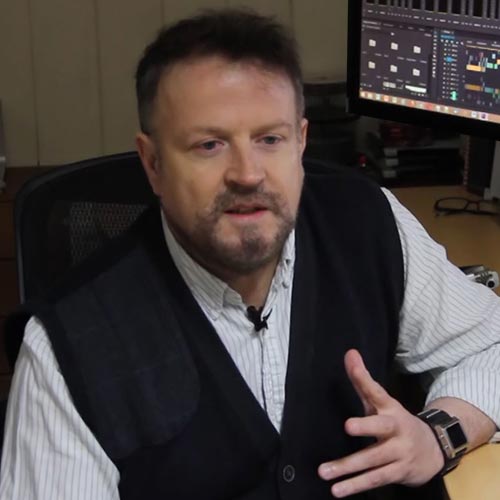 Neale works internationally as a visual effects artist ( VFX ) for film and television and has been well established for over ten years in feature films, shorts, animations, television programmes and film credit sequences.

His role as a VFX artist is to create photoreal, digitally-generated imagery, integrating seamlessly into live action in feature films and television.

Often his roles are combined into everything that is needed on a project including compositing artist, FX animator, multimedia artist, VFX artist and VFX supervisor.

He has worked (with great love) on virtually all of the visual effects for the Mitchell-Brunt films including the feature films Before Dawn, Bait, Attack of the Adult Babies and Evie and the shorts, Shell Shocked, The Might Witch Killers of Pendle Hill and more recently The Outing. 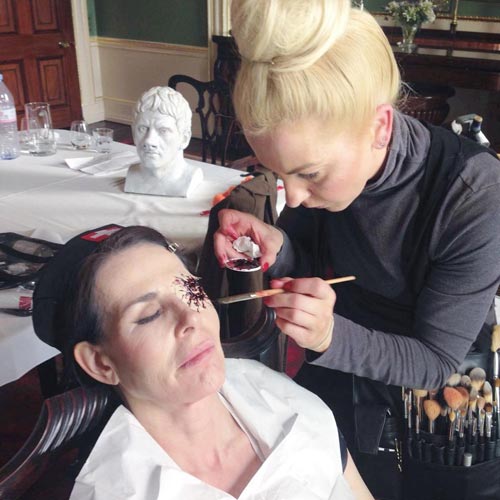 Katie studied at The School of Make Up in Manchester back in 2009. Since completing her courses Katie has gained experience, in Commercials, Advertising Stills Campaigns, Fashion Editorials, and TV, but her passion lies in film.

Her journey into film started in 2014 as a Make Up Artist for ‘BAIT’, which ignited her passion for character design, research, and the art of telling a story through make up. Since ‘BAIT’, Katie has worked with Mitchell-Brunt Films on ‘Sybil’, ‘Attack Of The Adult Babies’ and ‘Evie’. 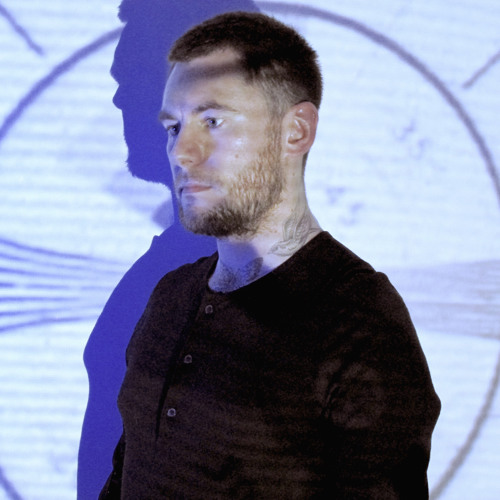 Yorkshire based producer and performer Thomas Ragsdale draws the link between euphoric and evocative electronica.Producing and performing under a variety of pseudonyms (namely Ffion & Sulk Rooms) and composing music for film and TV under his birth name,…

…his music has won praise from Resident Advisor, Mixmag and Electronic Sound Magazine. 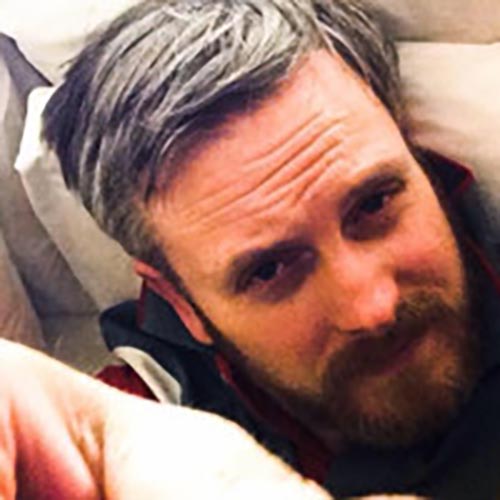 David Mercer is a drama editor for Film and Television. He has worked across a variety of genres which range from the BAFTA award winning children’s drama ‘The Worst Witch’ for the BBC / Netflix, the feature film and thriller ‘Bait’ for Metrodome…

& the acclaimed dark comedy / horror ‘Inside No. 9’ for the BBC. David showed a keen interest in editing from the early age of 12 where he recorded and edited audio recordings of his family, splicing audio tape to manipulate spoken word sentences. Over subsequent years David developed his passion for editing and after completing his degree he went on to work for the BBC and ITV where he honed his drama editing skills. David has been a significant part of a number of BAFTA and RTS nominated / award winning drama productions.

Chris holds a variety of roles in the creative industries, primarily as a Media Producer on ITV’s Emmerdale, where he is a key member of the post production team.

In Chris’ personal work he is adept at numerous roles including: Colourist, Timelapse Artist, DIT and Product Photographer.

He has a thorough understanding of video and photography production from start to finish; and often consults on creative projects. 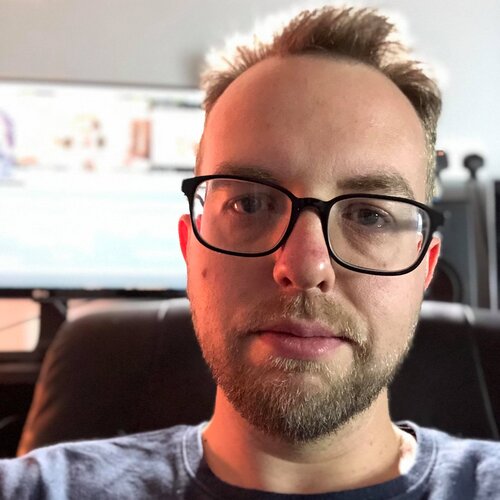 Andrew is an experienced feature film and TV drama editor. His credits include several award winning TV shows and feature films. In 2017 he edited ‘In Another Life ‘ which won Best UK Feature at Raindance and the Discovery Award at BIFA…

… and then went on to work with director Jason Wingard again on ensemble comedy ‘Eaten By Lions’ which secured a 4 week run in multiplex theatres throughout the country and got 4* reviews from major newspapers including the Guardian. He has since edited several independent feature films including sci-fi ‘Blank’ for Natalie Kennedy which is set for imminent release and ‘Evie’ for Dominic Brunt and Jamie Lundy which is currently on the festival circuit. His work in TV includes popular CBBC series ‘Creeped Out’ working with directors Lucy Campbell and Gareth Tunley which won the BAFTA for Best Children’s Drama, 4 part drama ‘Cold Call’ for Channel 5 starring Sally Lindsey, and season 3 of ITV drama ‘McDonald and Dodds. 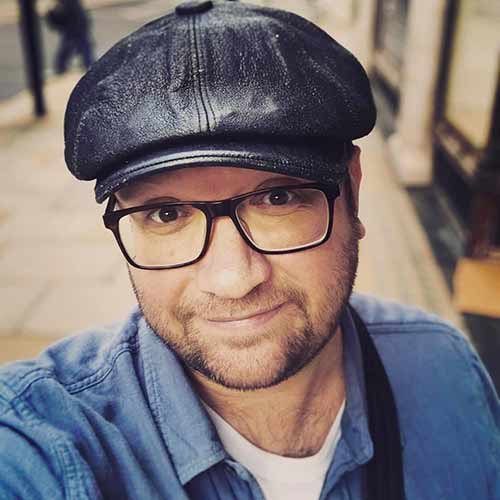 Ben Cogan has worked in casting for 21 years. He began as a casting assistant for many shows (including Eastenders, Holby City and Waking the Dead) before becoming the casting director for Doctors in 2002. 380 episodes later, Ben moved to Casualty, and, in his time there,…

… 6 episodes that he worked on were recognised with BAFTA nominations. During this period he also worked on the Afternoon Play series, Kiss of Death and various short films – one of which (Wish 143) was nominated for an Oscar. Since going freelance in 2015 Ben has cast numerous films including the award winning, Just Charlie, Trendy, Lady M, Bellmouth and TV shows such as BAFTA nominated Apple Tree House as well as the additional child casting of His Dark Materials. Ben recently cast two feature films: ‘Evie’ and ‘Love Without Walls’ as well as three short films: ‘Man at the Bottom of the Garden’, ‘Old Windows’ and ‘The Outing’. 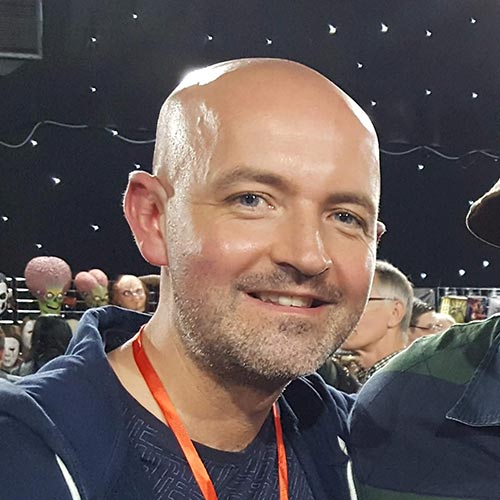 Chris founded the award-winning BRUTAL Posters early 2018.
A huge horror fan, his style tries to replicate poster artwork from his favourite eras and pay homage to the artists who inspire him. His clients include Fangoria, Arrow Video, Shudder, BBC, Amazon Prime, and more.